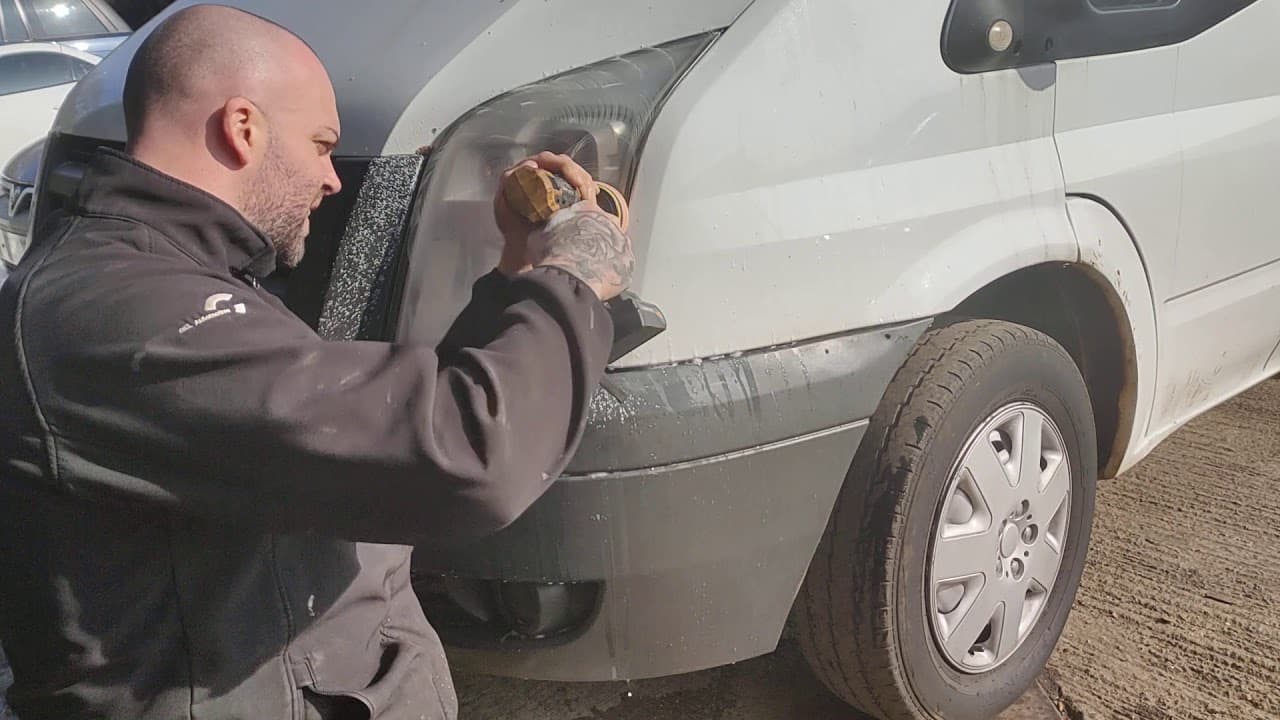 We have had this transit for a short time, back in November we purchased this as a non runner due to a failed turbo. To cut a very long story short we replaced the engine as we had a donor available that had only covered 97K. The engine and gearbox the transit came to us with had over 200K to be precise 207K so we thought it would be best to replace and make some more room in the workshop at the same time. The final touches were to give the entire van a polish and clean up the cloudy headlights before we let her go to her new home.

Headlight polishing – How to polish headlights

One of the biggest improvements to the front end if you have cloudy or yellow stained headlights, Below is what we used to turn these transit headlights from dirty and cloudy to crystal clear in under 20 minutes. Here is how to polish your headlights,

She is no show winner

At over 200K this little Ford Transit is not going to win any shows but she is presentable, has had a new engine (97K) and most off all is mechanically in great condition. We brought this as a working project as we needed a small van at the time so it needed to be in good working order and as always we have seen a good profit as well as it filling a gap as the yard pony.