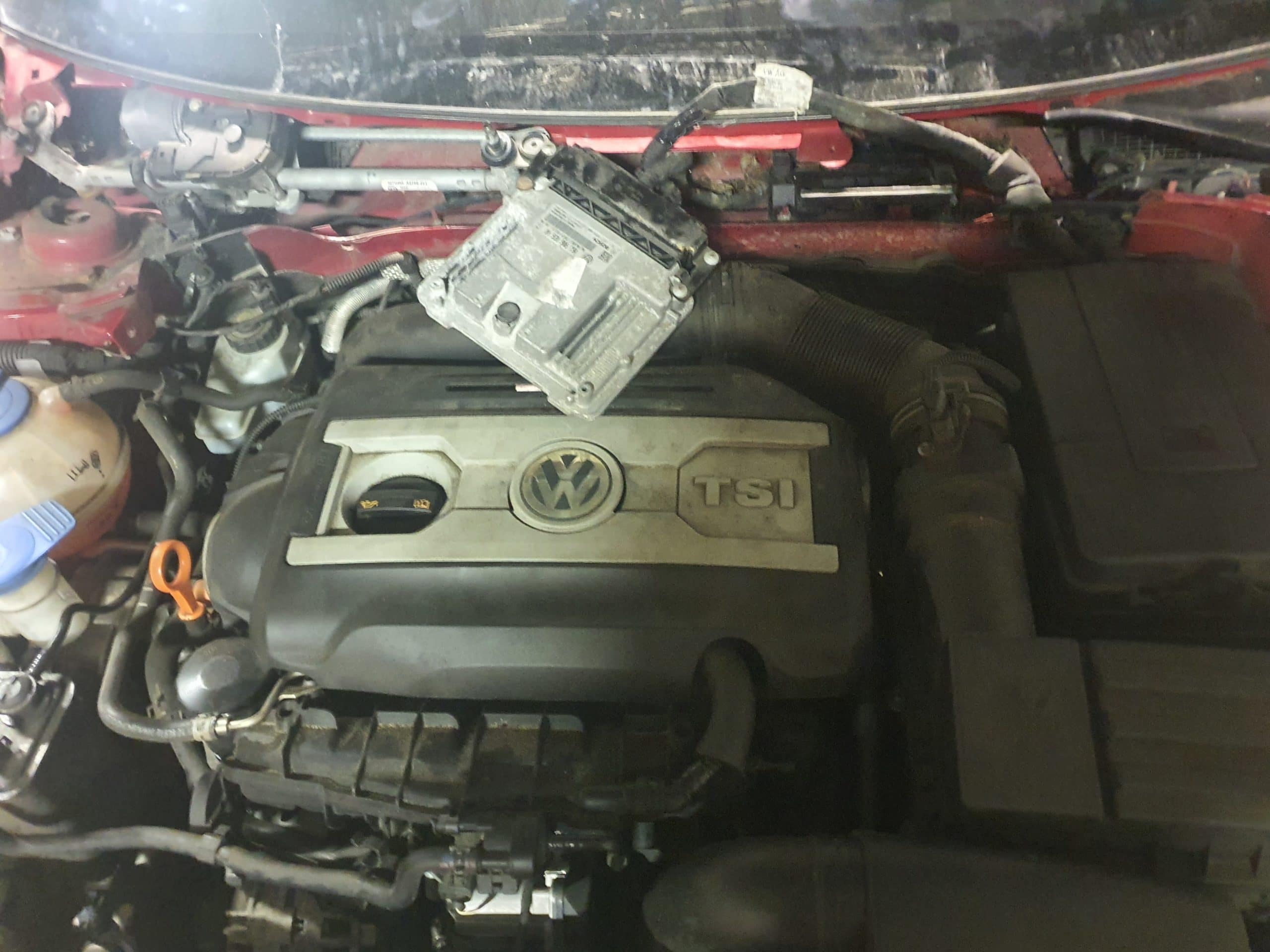 This 2.0 TSI had a failed ECU, Diagnosed by a local mechanic and recovered to us in Saxmundham, Suffolk. The car was suffering from intermittent non starting and a number of internal Eeprom faults. After running a test plan with ODIS and checking the loom to the ECU we came to the same conclusion and found no damage externally to the ECU wiring loom.

This failure is a notable regular issue for the Volkswagen 2.0 TSI and will keep the engine from turning over when the fault / failure happens. You may find that the non starting or hesitation to start is irregular to begin with. However at that point turns into a complete ECU failure you can do more damage by attempting to start the vehicle. You may see that the engine management light appears irregularly during the starting process and will soon turn off after a few minutes. This may lead you to think the fault has gone but this is far from the reality.