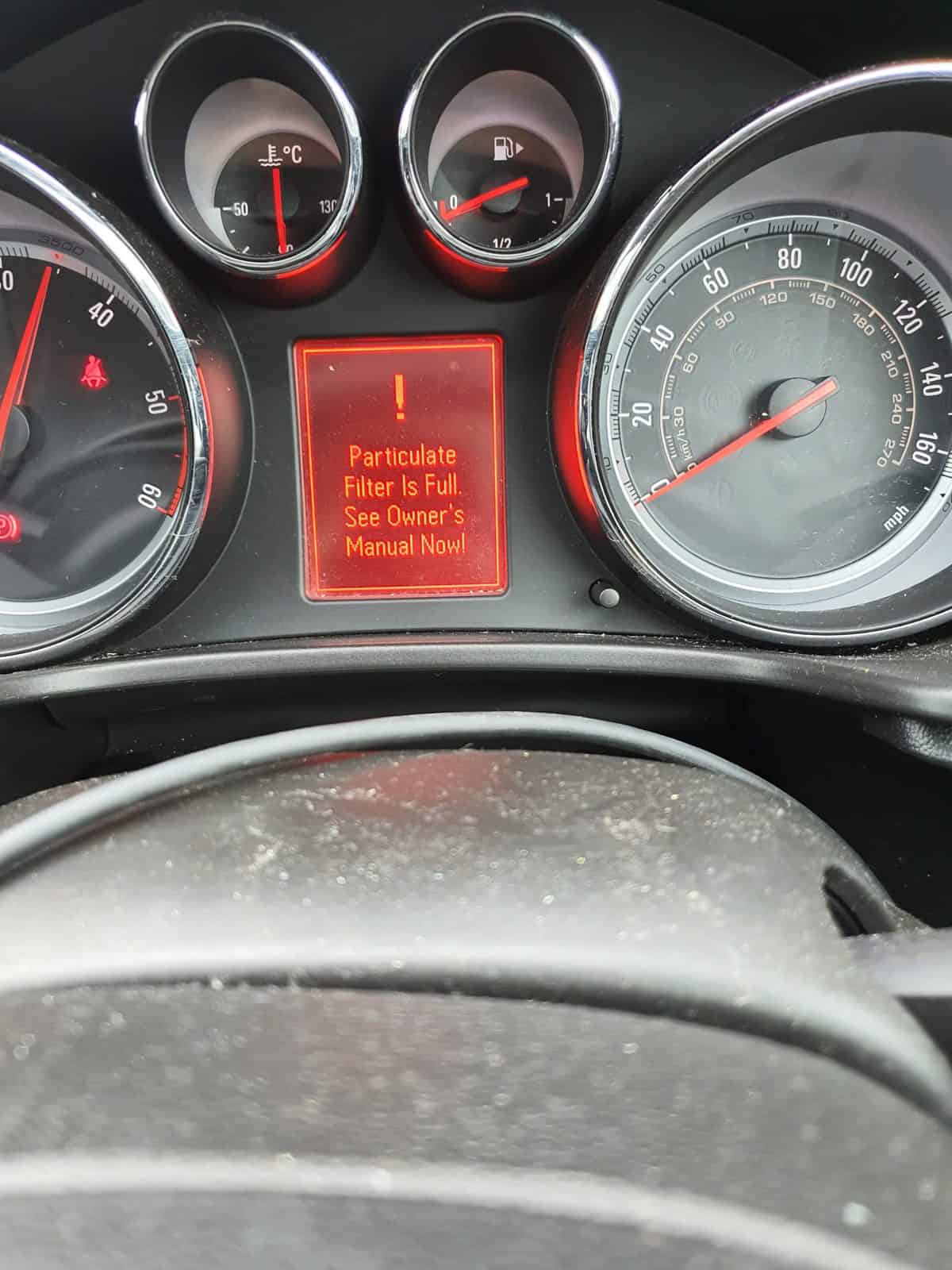 This 2010 Vauxhall insignia visited our workshop in full blown limp mode, the vehicle would struggle to reach any reasonable speed in a under 20 seconds, the DPF filter registered 125 percent full !!

Using Vauxhall GDS2 we firstly diagnosed and confirmed that the DPF Filter was blocked and it defiantly was, in fact at 125 % full according the our report the insignia had not completed a regeneration in over 4000 miles.

After diagnosing the blocked DPF we attemped a regeneration and this failed. In the cases where a regeneration fails we MUST clean or replace the DPF. Due to the age of the car and the cost of the DPF Filter the customer opted sensibly for for a DPF clean. DPF cleaning will remove 90 percent of the baked in carbon from the filter that is causing the DPF faults.

Using OEM GDS2 vauhall diagnostics we were able to force a regeneration and confirm that the DPF was in fact not blocked and had been restored to full working order.

If you have a vauxhall with a blocked DPF filter that needs either a dpf regeneration or a dpf cleaning service then please feel free to get in touch or visit our workshop based in Saxmundham just off of the A12 inbetween Lowestoft and Ipswich.