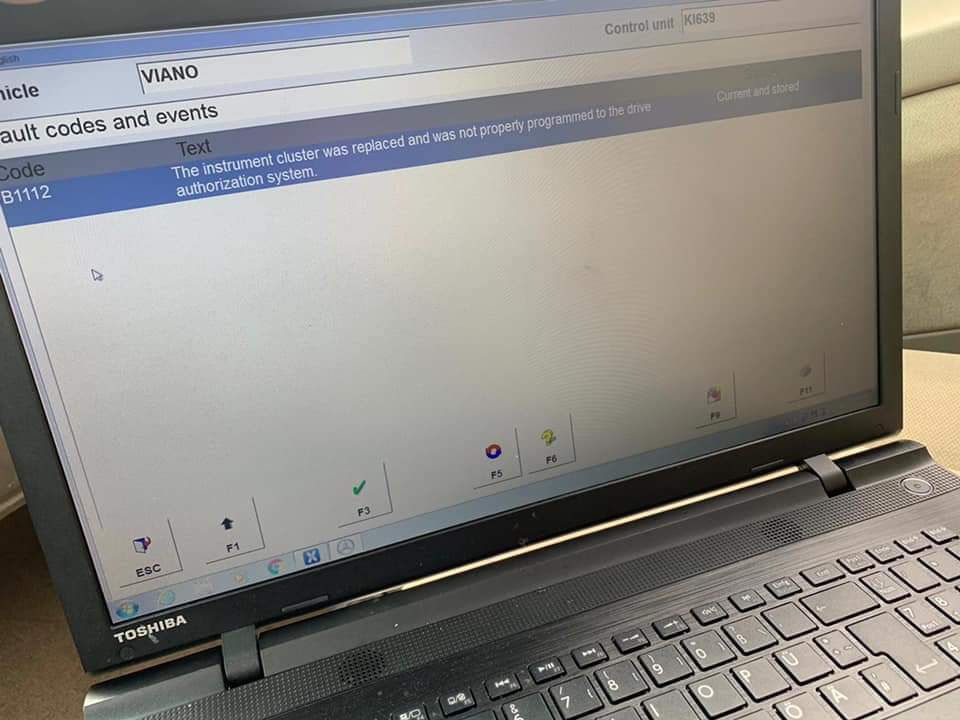 This Mercedes Viano came to us on the back of a recovery truck as another local garage (German car specialist) had attempted to programme the instrument cluster and had failed to complete even after multiple attempts and recovery. Using OEM Mercedes Xentry and Mercedes SCN programming we began to look into possible causes of the programming failure leading to B1112.

After a successful programming attempt the vehicle started and no further faults were present.