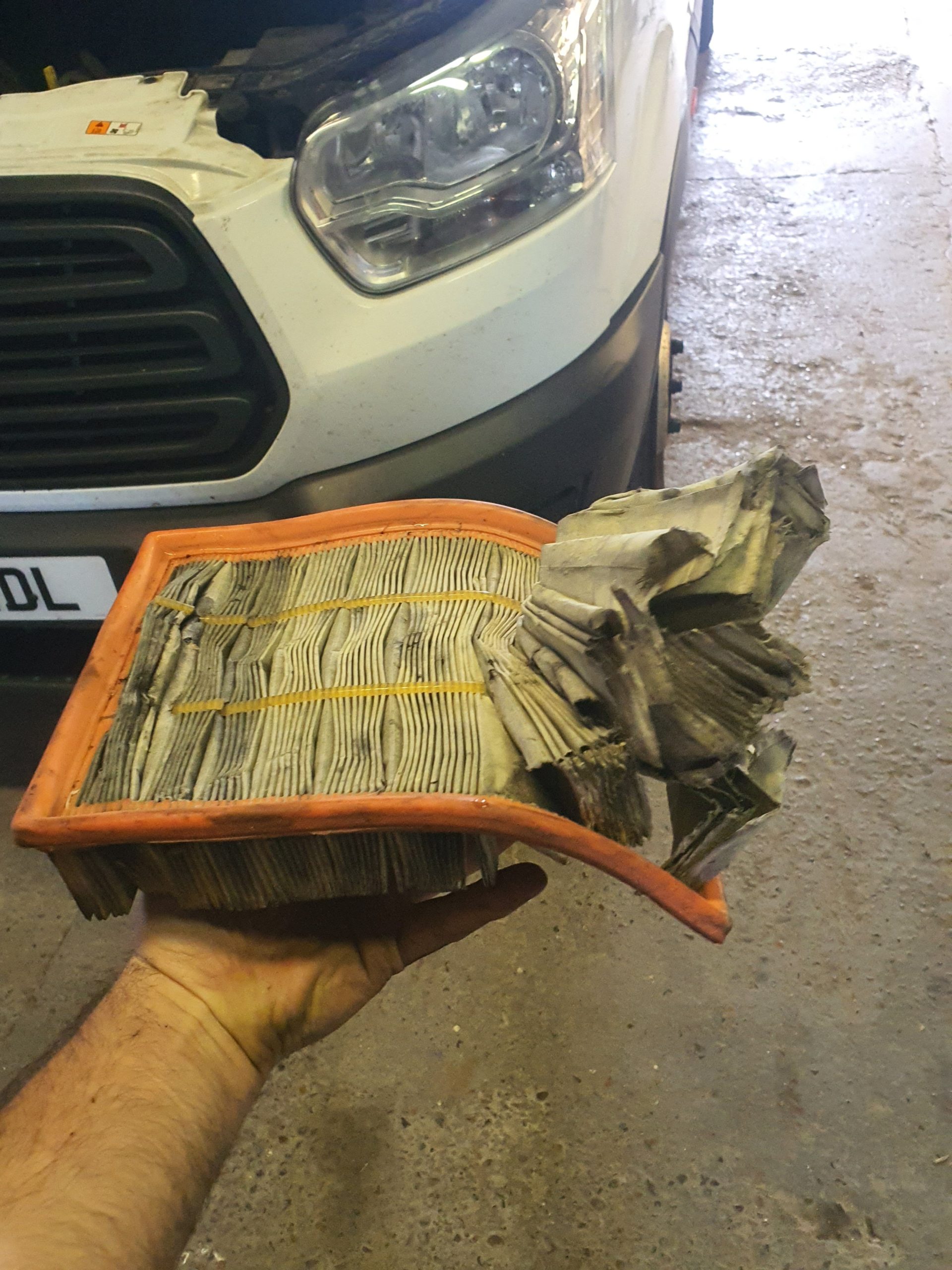 This for transit came into our workshop in Saxmundham Suffolk with poor performance and a flashing engine management light.

This ford transit was sent into us by an ipswich based garage who could not diagnose the fault, as we are fully equipped with the latest ford IDS and FDRS it was in our more than capable hands to diagnose the issue.

Firstly we plugged in via the OBD port and began with a full self test. The self test results gave p0299 as a fault code indicating low boost pressure normally this would be an issue with the turbo or watergate so we proceeded to test both.

After an hour or so we discovered that the fault code was not caused by the turbo or wastegate but infact a seriously nasty air filter that was not only torn and ripped buy absolutely soaking wet.

After replacing the air filter with a genuine ford air filter (the filter removed was not genuine) we had cleared the low boost pressure faults and subsequently had no further faults after this. A short test drive and a log of data backed up this by showing boost pressure and maf readings all in tolerance.

If you are looking for a ford specialist equipped with ford IDS and FDRS we would be more than happy to help. We are based in Saxmundham, Suffolk but we do cover Suffolk, Essex and Norfolk via a fully mobile service where possible. Our ford specialist mobile service will exclude some coding, programming due to the nature of some practices. Please feel free to get in touch and we will be able to advise.