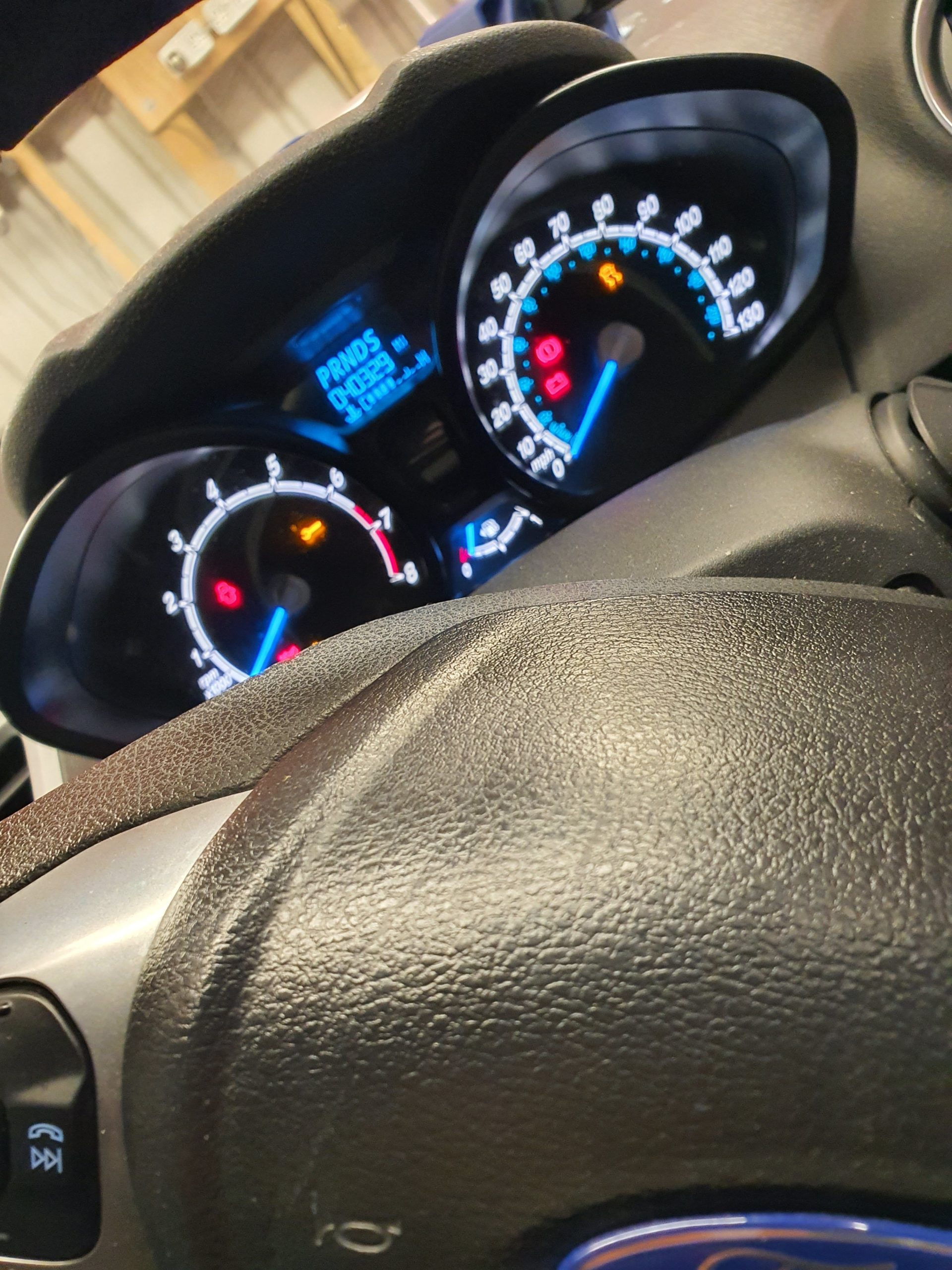 Last week we had a Ford Fiesta 2014 1.6 petrol arrive in with us a a non runner. As for specialists we used our ford IDS to perform a full OEM diagnostic test to diagnose the fault. After 25 minutes we had a good idea of the the fault that two other local garages and mechanics were unable to diagnose. After removing the Engine / Transmission ECU we found the control unit to be damaged. The ECU sites on the side of the gearbox and is low to the floor, it looked like it had taken a substantial knock.

As the vehicle was unresponsive and stuck in park we had to get the gearbox into a free movement position, Using the emergency gear release under the gear selector we could get the transmission into neutral so we were able to move the vehicle out of the workshop.

On behalf of the customer we ordered a ford Ecu in this case the gearbox and engine ECU are as one. As a special order part from the ford main dealer we had to be sure we had diagnosed correctly as this ECU is non return able and in excess of a thousand pounds.

After programming we had to perform a number of learning procedures for both the engine an gearbox to ensure correct functionality.

GEL Automotive are based in Saxmundham, Suffolk and have a fully equipped workshop, We also provide a fully mobile diagnostic, programming and coding service throughout Suffolk, Essex and Norfolk to both trade and retail customers alike.