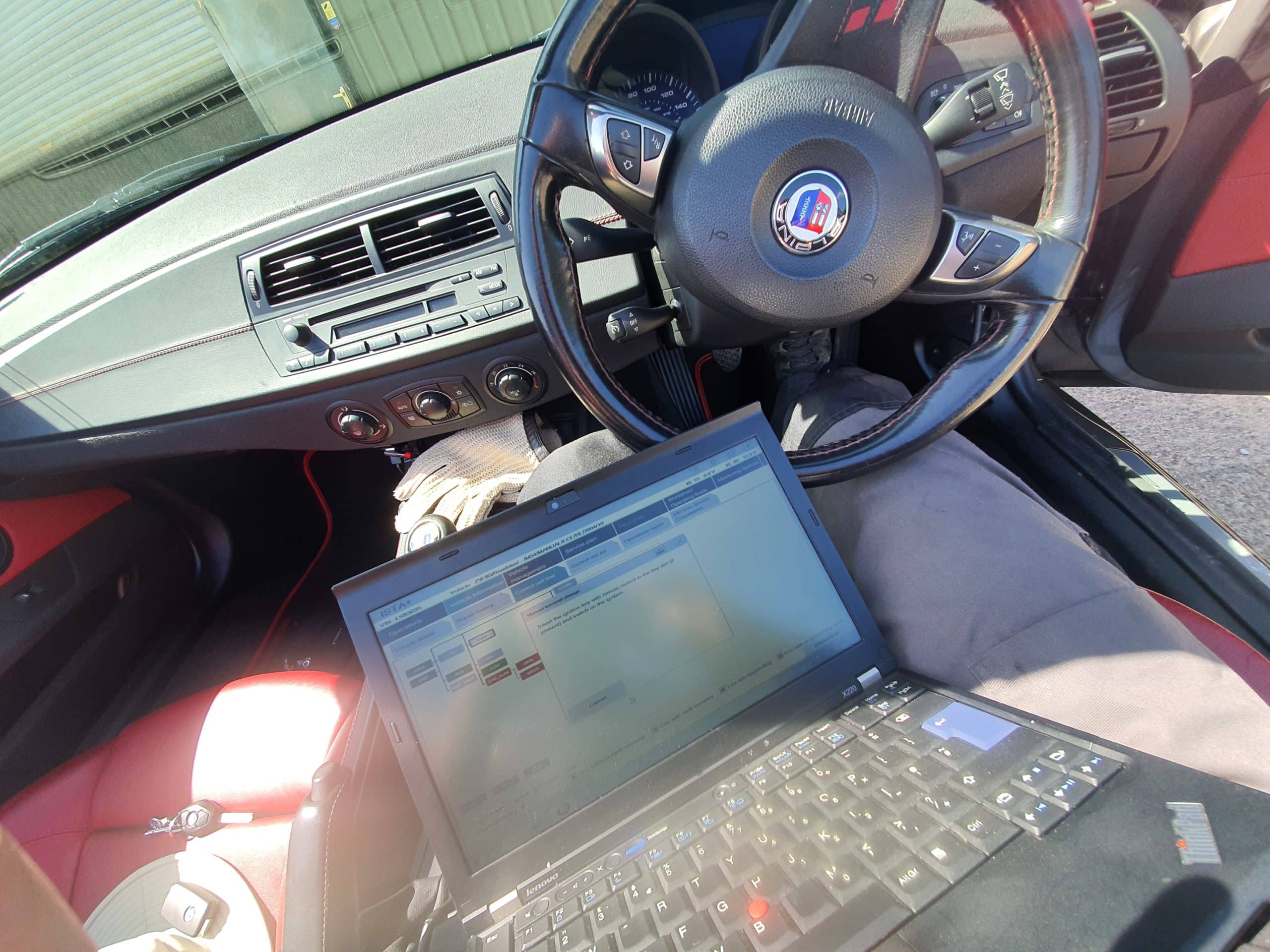 Recently we have had this BMW Z4 Alpina in for BMW ISTA D diagnostics due to a non start situation after the battery was replaced. After running a test plan we discovered that the CAS and engine ECU were out of sync causing the non start as the engine ECU was unable to authorize the start due to ISN not matching with the CAS.

The CAS was re-flashed the updated and then initialized with the engine ECU. As the vehicle was a obviously not able to start the customer used our mobile service as he was based in Ipswich.

GEL Automotive Electrical LTD BMW Specialist diagnostics in Ipswich, Suffolk. Although we are based in Saxmundham we do provide a mobile diagnostic, Coding and Programming service to Ipswich in Suffolk.