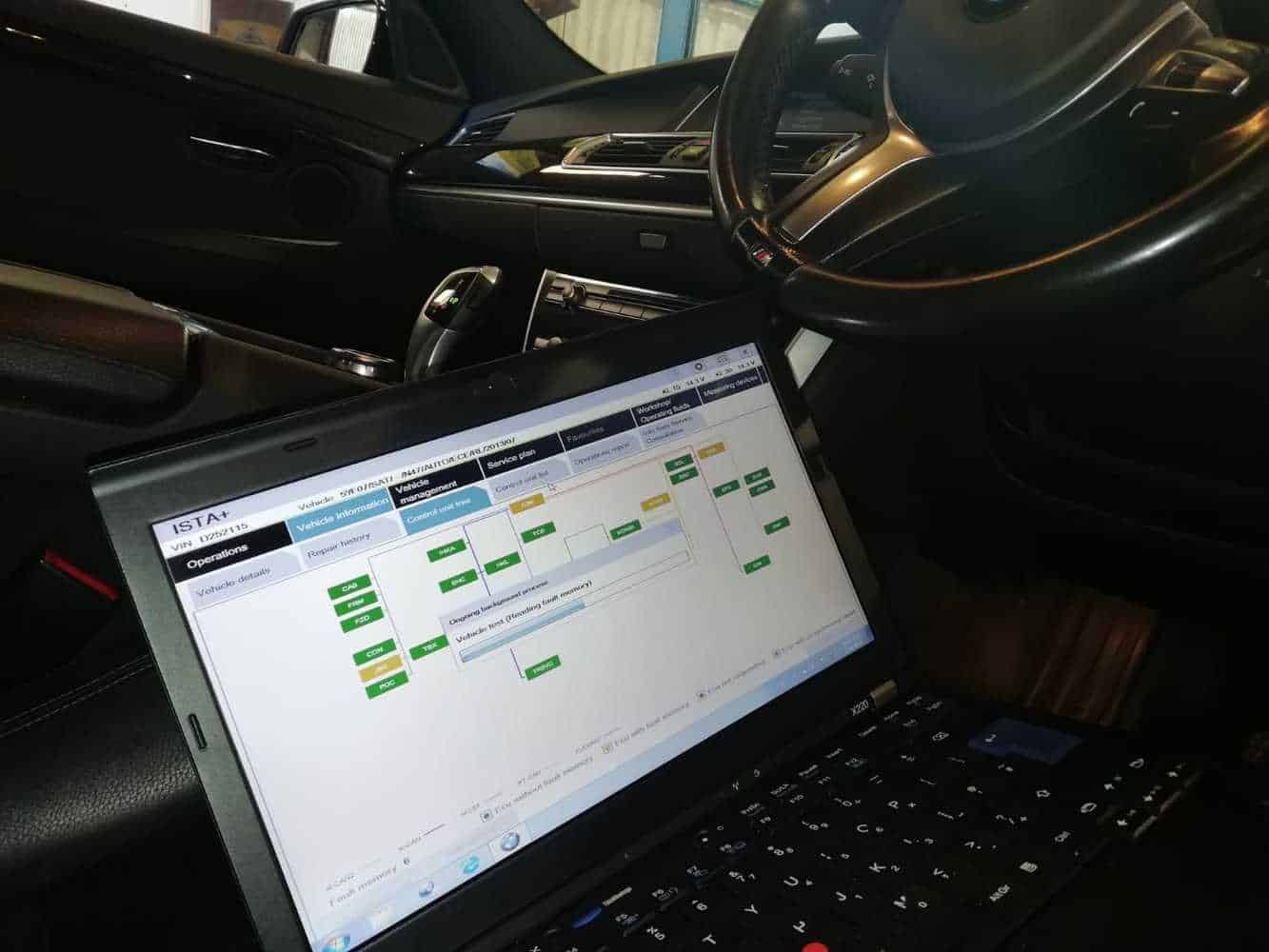 Today we had a BMW 5 Series GT in due to an engine management light on the dashboard the customer suspected the dpf filter or the scr system. As soon as we arrived in Lowestoftwe plugged in to the OBD port using BMW INPA (OEM Diagnostics) to diagnose any faults store in the DME and other control units.

We did find an number of faults stored in the DME (ECU) we also read some faults relating to the seat belt and central locking. First of all we worked on getting the engine into normal condition. We built a test plan in INPA to first clear the DPF faults and then regenerate the DPF filter. After 45 minutes the regeneration had completed successfully. After a successful DPF regeneration the engine management light automatically turned off.